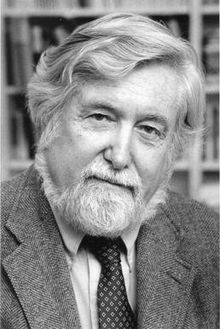 “A very brief conclusion would be to sort of address the question that is a subject of mine: Why Sefrou? Why anthropology? Why me? I’ll do this slightly autobiographical…. I came here in the mid-sixties after having worked in Indonesia. I wanted to get a comparison case; I wanted to see. If you work too long in one place you do begin to see everything in terms of it and that’s a dangerous business, whether it’s seeing all of Morocco in terms of Sefrou or whether it’s seeing all of the so-called Third World in terms of Indonesia”. (Clifford Geertz, closing remarks, ‘Hommage a` Clifford Geertz,’ Sefrou, Morocco, 3–6 May 2000)

The Morocco that Clifford and Hildred Geertz came to see and compare in the 1960s and 70s – the decades of America’s Vietnam War – was a haven for an astonishing array of Americans abroad: beatniks and hippies, youthful draft dodgers and Peace Corps workers, hashish imbibers and drug entrepreneurs, tourists and also anthropologists (Edwards 2005).2 Between 1963 and 1986, the Geertzes, together and alone, resided in Sefrou, Morocco, for varying periods. Sefrou is a town situated in north-central Morocco to the south of Fez, where the foothills of the Middle Atlas Mountains meet the western plain (Figure 1). The Arabic term for both the town of Sefrou and its surrounding region – bled Sefrou – was for Geertz and his fellow researchers more than a mere name on a map:

Bled Sefrou is really a social space – a network of relationships mediated by markets, public institutions, local identities, and densely interwoven bonds of kinship and alliance. No less importantly, it is a conceptual domain – a perceived set of populations, territories, pathways, and meeting places that are intimately, if not always harmoniously, linked to the nurturance and identity of those who live there. As an indigenous conceptual category, bled Sefrou underlines the interdependency, as well as the interaction, of its component parts. It stresses the conceptualisation of the region as an arena within which social life is played out through institutions that crosscut internal divisions of geography and society, even as the substance and course of social life are deeply influenced by the contexts in which its various manifestations are found. So conceived, bled Sefrou also presents itself as an appropriate unit for analysis. (Geertz, Geertz and Rosen 1979, Introduction, 8)

Although research by the Geertzes in Sefrou consistently engaged with the long, multi-layered ethnographic history of North Africa, it was the case, certainly during the early years of their sojourn in Morocco, that the writings of French social scientists such as Jacques Berque and Paul Pascon were better known to Moroccan counterparts. Before the Geertzes’ departure from Sefrou, however, they became acquainted with Moroccan researchers, primarily the circle of geographers and historians from the Sefrou region, for example Mohamed Yakhlef and Lahsen Jennan, who continue a tradition of social science investigation, conferences convened in Sefrou and research results disseminated in a series of publications beginning in 1986 .

Mohamed Yakhlef, a former mayor of Sefrou and subsequently professor at the University of Fez, is warmly recalled in Clifford Geertz’s autobiographical After the Fact: ‘I learned a very great deal from him about how a society looks to someone for whom it is not (or not only) an object of inquiry but one of hope and uncertainty’ (Geertz 1995, p. 192, note 154). In turn, Lahsen Jennan, professor of geography at the University of Fez,7 remembers a fieldtrip with Geertz in the mid-1980s:

“I accompanied Clifford Geertz in the field, and while I strove to present my hypotheses and some results in the clearest possible manner, I was hoping to learn from the anthropologist that there were some answers to my questions, since I vaguely knew that for several decades anthropology had contributed a great deal to analysing the internal logics that animate social life and elucidating the ways and whys of contemporary and past societies

I made the best selection I possibly could of the moments and the sites where I would present the facts or my hypotheses. My work as a geographer consisted of describing and analysing the phenom[1]ena we observed; Sanhaja, Amekla, Almis Guigou, Boulmane, Taferdoust, Sekkoura, Tazouta and Sefrou, were the chosen sites where we stopped.

Out of respect, I avoided asking direct questions throughout the entire trip, even when the moments of silence were sometimes quite long. I was uneasy. I didn’t know if what I was saying was interesting to him, but the keen attention he gave to my remarks reassured me. I was charmed. Various images of my geographer super-ego floated through my mind as we climbed higher and the air became purer. This was the most interesting journey I ever made in the Middle Atlas.

Fifteen years later, when I read Clifford Geertz’s response to a question about the objectives he had in mind when he approached his various field sites, and he spoke of his will to understand why people acted as they did, and for that, his approach consisted in describing ‘his way of seeing their way of seeing,’ or even in reading over their shoulder, I understood that on that day, the gaze of the eagle and the gaze of the horse over the prairie were not the same”

Clifford Geertz’s fieldwork in Sefrou came to an end by 1986. In early May 2000, to convey his gratitude to the town and its inhabitants, he returned for what would be his last visit as the honored guest of the Sefrou municipality, which hosted and co-organised the international conference (and Sefrou’s 12th scholarly meeting) subtitled ‘Hommage a` Clifford Geertz.’ In closing remarks delivered in Sefrou’s magnificently restored great hall of the Palace of Pasha Omar, Geertz addressed several hundred social scientists:

“Yes, I’m very pleased with this event. For an anthropologist to be honored by the people he studied is unusual and I am very pleased by the fact that after all the time I have spent here, people still feel warmly to me. I certainly feel warmly to them and am very pleased to be back here… and very pleased to have had this kind of support and this marvelous reception by the people and the leadership of Sefrou…. The municipality of Sefrou, the Transregional Institute under Abdellah [Hammoudi] of Princeton, the foundation of King Abdul Aziz al-Saud, I am grateful to all of them for this occasion which, I assure them, I do not take personally, but I am very moved by.

Anthropologists, at least of my sort, work in a place for a long time. Two places I have worked, one Indonesia and here in Sefrou, and the notion that one can be received back with warmth is perhaps the greatest reward one can have; not agreement with one’s interpretations, not arguments or anything of the sort, but just the notion that they want to see you again and they are willing to stand still for that. I am most moved. When Margaret Mead died, the people of the Manus Islands planted a coconut tree, and I feel this is my coconut tree and I am very, very moved by it.”

See original Article: Introduction to Clifford Geertz in Morocco: ‘Why Sefrou? Why anthropology? Why me?

One thought on “Homage to Clifford Geertz, a Leading Anthropologist in Sefrou”