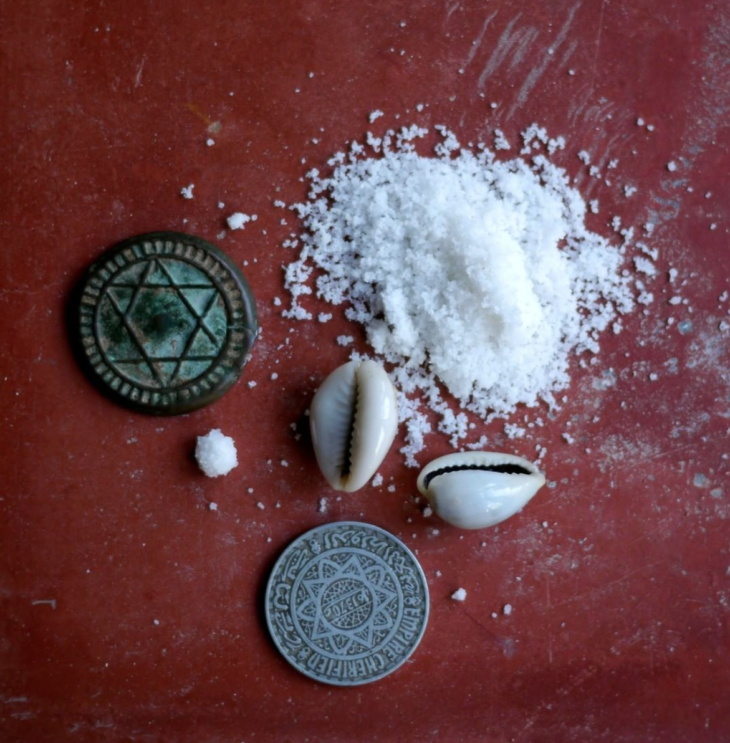 North Africa was an important trans-Saharan trading route as well as housing sea trading posts for the Phoenicians and a settlement for the Romans. It is little surprise, then, that there have been a variety of currencies used across the territory that we now call Morocco.

Salt is mined in Morocco and was a vital commodity because of its usage in the preservation of food and sustenance for travel. Gold came up from Mali and salt went south from Morocco. At one point in time, salt even carried the same value as gold!

Due to the frequency with which Morocco has changed hands between rulers, its trade has also been carried out using many different coinages throughout history. Here at the museum, we are in possession of a square Almohad dirham coin from the mid-twelfth century. The coin was originally from Fes.

Coins are a great illustration of the different cultures that pass through a market town such as Sefrou. Even today Moroccans refer to the real, franc, and dirham. Not only is Morocco, and Sefrou, polyethnic and multi-lingual but also multi-currency…

Before Sefrou was founded as a market town, it served as agricultural land which supplied Volubilis, the ancient Roman capital of Morocco. Olive oil was one of its principal exports. This means, particularly for more ancient history, we can only speculate about what coins must have passed through Sefrou. Many gaps in our understanding still remain!

Here is a video we have created to show the diversity of coinage that must have passed through the Sefrou region: